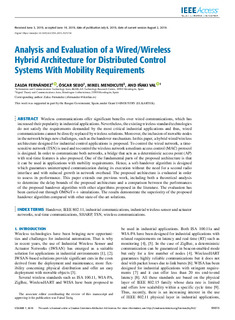 Analysis and Evaluation of a Wired-WirelessHybrid Architecture for Distributed ControlSystems With Mobility Requirements.pdf (8.777Mb)
Full record