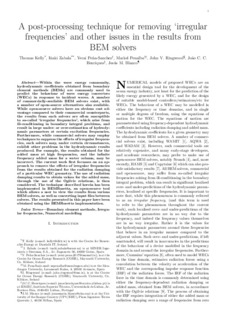 A post-processing technique for addressing ‘irregular frequencies’ and other issues in the results from Bem solvers.pdf (559.8Kb)
Full record