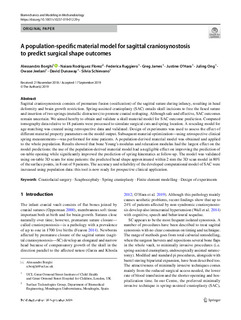 Biomechanics and Modeling in Mechanobiology ﻿ 2019