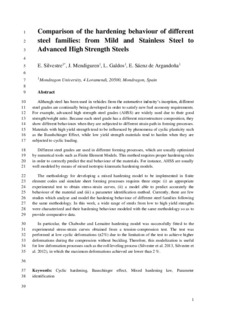 Comparison of the hardening behaviour of different steel families : from mild and stainless steel to advanced high strength steels